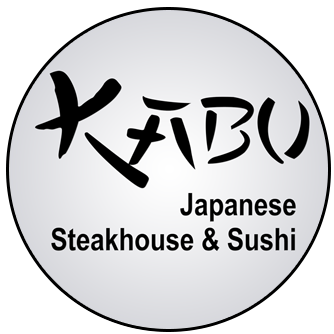 The Joyful Entertainment Of A Japanese Steakhouse

The Joyful Entertainment Of A Japanese Steakhouse

How many times have you decided to go out to dinner, and you and your family or significant other are torn as to what kind of cuisine you are in the mood for?  Do we want Chinese food, Mexican food, Italian food, burgers?  One interesting option with flavorful food and neverending possibilities is Japanese cuisine.  Many Japanese steakhouses are really two restaurants in one.  On one hand, you can immerse yourself in the art of the hibachi chef.  A rollicking, tasty, and entertaining good time is sure to be right around the corner if you decide this route.

A hibachi means “fire bowl” in Japanese, and a hibachi grill is a brazier, an elevated container to burn fuel, used for cooking.  The elevated nature of the hibachi feeds it more oxygen, thus fanning the flames.  The other side of the Japanese steakhouse is where you can choose and devour your favorite variations of fresh sushi.  Sushi is vinegared rice, sometimes with sugar and salt, filled with raw seafood or vegetables.  Sushi is so wide-ranging that this definition is extremely narrow, but it is far different from the hibachi side of things.

The hibachi chef is part cook, part entertainer, part master of ceremonies.  The chef will typically be getting the grill heated up as he chats with customers, and takes their orders.  Let’s back up a second though.  How does a hibachi chef become a hibachi chef?  They don’t normally study at a school for years at an institution, perfecting their craft.  Instead, they typically work their way up the chain, starting as a server or bussing tables at the Japanese establishment.  It usually takes a few years for the chef to gain the trust and confidence to operate the hibachi and take on three jobs at once.

Yes, three jobs.  Now, there are some schools that offer training in the art of hibachi, but it is mostly recommended to get on-the-job training.  It does help if the chef has previous experience as a cook or chef working on a grill, even if it’s at a different restaurant.  Going back to the grill station, the chef has asked what everyone wants, as they sit around the table surrounding the grill.  His balancing act has begun, as he is acting as server as well as chef.  If you haven’t been to a Japanese steakhouse before, you are in for a real treat, as the fun is just beginning.

As he chops up the sizzling meat, vegetables, and seafood, your mouth begins to water.  Little do you know, he will be flinging the food onto your plate with his cooking utensils.  It is normally a precise target that he hits on your plate, sometimes from several feet away.  Now begins the entertainment portion, and the third job.  Hibachi chefs can’t just be good at their craft of cooking delicious dishes.  They certainly need to have a personality as well.  Some, if not most, will tell jokes as they are cooking.  The community-based nature of the table allows for camaraderie and positive momentum.  He will also sometimes throw the delectable ingredients onto a plate in an interesting or funny design.

Dinner and a movie are great for a date night, or a night out with the family.  You can double up on your entertainment, however, by basking in the fun provided by the hibachi chef.  Most are never disappointed.  At Kabu Japanese Steakhouse in Laurel, we provide the freshest dishes, the best sushi in the Washington Baltimore area, and the most entertaining and appetizing hibachi experience around.